Nokia: good market position, but not yet a BUY

While the hype around 5G technology is over, the communications equipment market leaves a good opportunity for companies with quality technology portfolios to make money. Nokia is a good choice for long-term investors, but we are in no rush to buy and believe there will be a more attractive upside on the year’s horizon due to the expected decline in CSP capex.

Business Nokia During its history, it managed to undergo significant changes, the last of which occurred in 2013-2014. Recognizing the failure of the mobile phone industry, Nokia switched to the production of network equipment and now occupies one of the leading positions in the market.

At the same time, it is worth noting that Huawei and ZTE – Chinese companies, and it is difficult to compete with them in the national market. Today, China is the most developed market in terms of next-generation networks, according to GSMAin 2021 approximately 29% of all mobile connections were on the network 5Gwhile in the US – only 13%, and the number of equipment sales, according to Dell‘oroamounted to 26% of the world indicator.

On the international market, on the contrary, Nokia and Ericsson are in a better position, as in some countries with developed telecom markets there are restrictions or bans on the purchase of Chinese equipment. 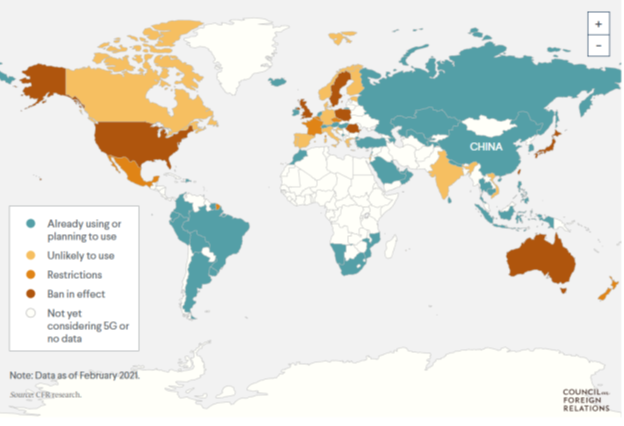 Basic rate Nokia on the network infrastructure is technology ReefShark. Antennas AirScaleworking as open–RAN system, are in great demand all over the world. However, the portfolio Nokia not limited to antennas – the company manufactures fiber optic and submarine cables, cloud computing equipment and many other related products. 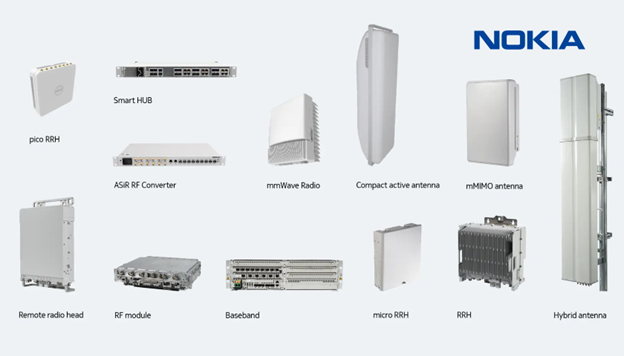 The main prospect for business development still remains the transition of communication providers to a new generation network, and Nokia in many ways looks more attractive than competitors due to open–RAN specifications AirScale. Because such network systems are compatible with parts and software from different manufacturers, their use on a commercial scale is more competitive, as it imposes fewer restrictions on the buyer, and the operation of such equipment is cheaper.

At the same time, the technology is still developing and has not had time to become widespread, many are only planning to switch to open networks. Together with the projected growth in the share of 5G connections in total from 8% in 2021 to 25% by 2025 our view of the business Nokia remains positive, as many telecom providers around the world will need equipment upgrades. 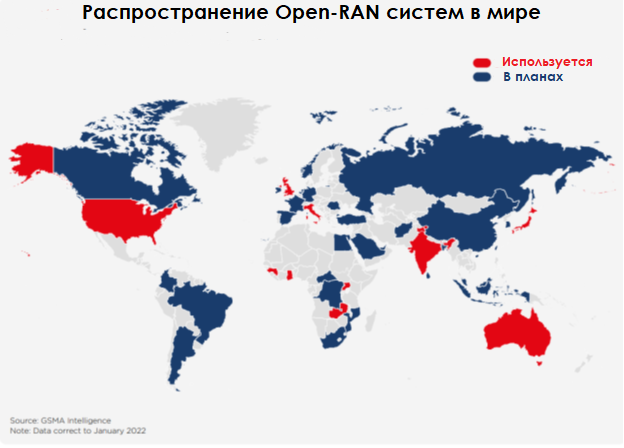 In the last year, a very important issue for Nokia there was a violation of supply chains, and although as of 1 sq. 2021 number of chip shipments ReefShark almost doubled in a year, deliveries of 2-3 sq. may be under threat due to ongoing lockdowns in China. 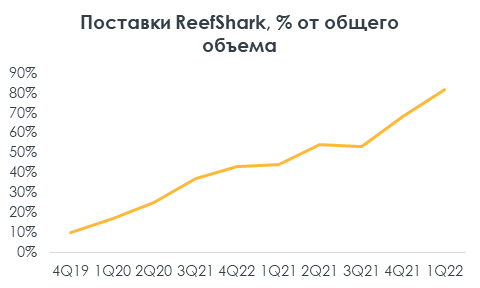 At previous conferences, the company’s management mentioned that logistical problems affect not only revenue, but also business margins Nokia. Together with record price inflation, especially for energy, the company may experience problems with gross costs in the short term. Because Nokia mainly works within the framework of contracts, it will be quite difficult to quickly transfer the increased prices to the consumer.

On the other hand, prices for basic materials showed a significant decline from this year’s highs, so the effect of inflationary pressure will be largely offset by falling resource prices. 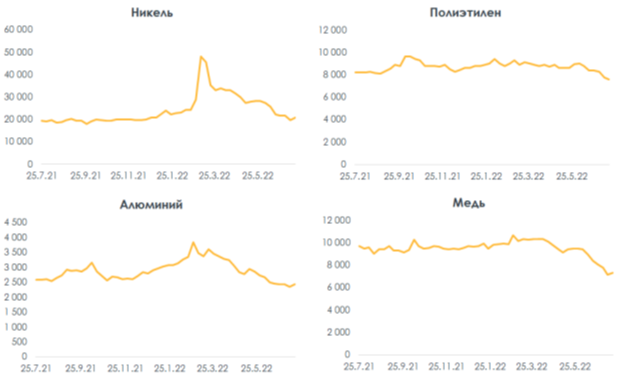 We believe that the decline in material prices will continue as part of the current economic cycle and the upcoming recession, as resources remain cyclical goods. Nokia will also be forced to reduce prices for products under future contracts in order not to lose competitiveness in the face of falling demand, so the fall in prices for materials will only have a temporary effect on the margins of the business.

Capital investments of telecoms will decrease

The telecoms business is fairly resilient in terms of consumer demand, but CSPs also depend on overall economic health and management confidence in the near term. Historically, in the post-crisis years, capital investment has declined conservatively. 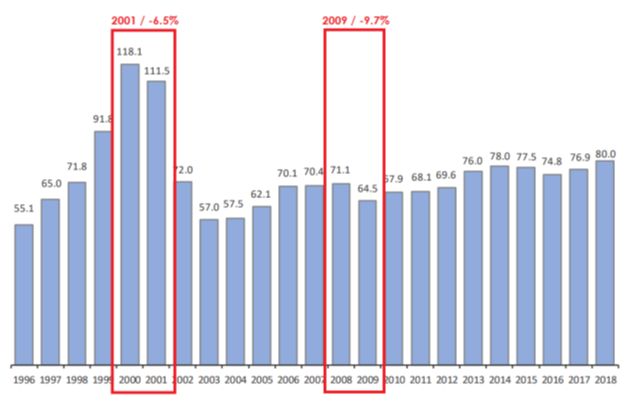 research agency Dell‘oro also predicts a slowdown in investment growth over the next 2 years. 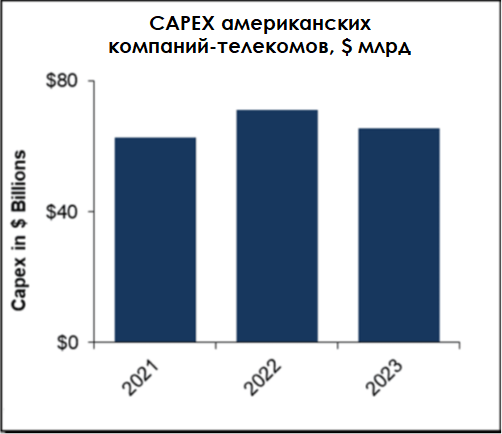 While the industry still requires significant hardware upgrades to move to 5G, we believe that given the expected recession, the dynamics of capital investments in 3Q. 2022 – Q2 2023 could be well below expectations.

The transition to a new generation of mobile networks is a resource-intensive and long-term payback process. At the same time, the high competitiveness of the market, a stable downward trend ARPU and still high inflationary pressures may create some difficulties for some representatives of the telecom industry, forcing them to abandon short-term plans to purchase equipment.

In addition, this time the recession in the economy is accompanied by an increase in interest rates. This makes it more expensive to finance infrastructure construction and equipment, so we believe that in the near term, capex may decline more than before.

We believe that the boost to financial results Nokia will come in the 2nd half of 2023, when the economy emerges from recession, which will be facilitated by lower rates.

We believe that as part of the equipment upgrade cycle for communication providers and the transition to 5G bet on Nokia – a good choice. We continue to have a positive outlook on the company’s business – the communications equipment industry is still attractive, and technology Nokia allow the company to remain a key player in the market.

However, on the horizon of the year, the company may experience problems with the number of orders due to the expected recession and downturn in business activity, so buy Nokia still early. We cover the company as part of our analytics and will notify subscribers when there is a good entry point for the idea.

Special: Revaluation of the oil and gas sector - tax increases